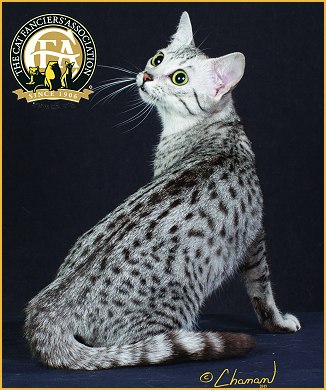 There were 32 Egyptian Maus present: 10 Kittens, 19 in Championship, and 3 in Premiership, with all three colors (Silver, Smoke, and Bronze) represented! Congratulations to all the winners!